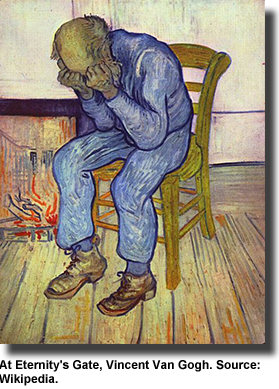 Depressive illness, especially in its recurrent form—major depressive disorder—is a disabling illness that the World Health Organization expects will be the world’s second leading cause of disability by the year 2020. In high-income countries, the lifetime prevalence of this condition is estimated at 14.6%, with the figure dropping to 11.1% in low- and middle-income countries. Women have twice the risk of major depressive illness as men. The condition usually appears between 20 and 30 years of age, indicating the potential for it to be a life-long burden. The primary treatments are antidepressant medications and psychotherapy. 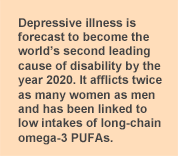 Whether the dietary pattern of high n-6 PUFA intakes combined with low n-3 PUFA consumption, typical of many Western diets, affects or exacerbates the lipid abnormalities in depressive patients has not been adequately explored. Several considerations suggest that such a dietary imbalance might worsen the conditions contributing to major depressive disorder. For example, high levels of linoleic acid were shown to reduce the levels of n-3 LC-PUFAs in liver lipids in animals. High levels of linoleic acid or total PUFAs reduce the incorporation of DHA into plasma phospholipids, suggesting an adverse effect on the tissue availability of DHA when n-6 PUFA consumption is high and n-3 LC-PUFA intakes are low. In addition, diets high in n-6 PUFA facilitate the production of proinflammatory mediators, such as PGE2, TNF-α and IL-6, contributing to the elevation of these factors observed in depressive illness. As has been suggested, diets high in n-6:n-3 PUFAs may increase the risk of both depressive illness and inflammatory diseases. Inflammation is thought to contribute to major depressive illness. 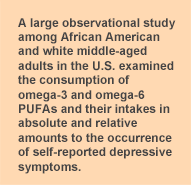 Researchers at the National Institute on Aging, Baltimore, U.S., and associated universities in the region examined the PUFA intakes and scores for depressive symptoms in an ethnically diverse sample of residents living in 13 Baltimore neighborhoods. The investigators selected 1,724 participants in the Healthy Aging in Neighborhoods of Diversity study aged 30 to 64 years, 68% of whom were African American. The study obtained dietary consumption data from two 24-hour dietary recall questionnaires and averaged the nutrient intakes. Depressive symptoms were assessed using the Center for Epidemiologic Studies-Depression Scale (CES-D), with scores ≥16 considered indicative of depressed mood and highly predictive of clinical depression. The assessment also included subscales for somatic complaints, depressive affect, positive affect and interpersonal problems. PUFA intakes were expressed as total n-3 PUFAs (alpha-linolenic acid or ALA, EPA, DPA, DHA); total n-3 LC-PUFAs (EPA, DPA, DHA); and n-6 PUFAs (linoleic acid and arachidonic acid, ARA). The investigators analyzed the results in terms of recommended PUFA intakes for the US and their associations with depressive symptoms. 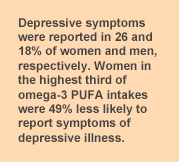 In multiple logistic regression analysis adjusted for age, sex, race, marital status, education, poverty-income ratio, body mass index, lifetime use of drugs and smoking status, women in the highest tertile of total n-3 PUFAs compared with those in the lowest tertile had 49% lower odds of a CES-D score ≥16 (Table, column 3). Similarly, higher total n-3:n-6 PUFAs (Table, column 6) or n-3 LC-PUFA:ARA (Table, column 4) ratios were inversely related to symptoms of depressive illness in comparisons of tertile 3 with tertile 1. The effect of high intakes of n-6 PUFAs was most clearly shown in the significantly lower risk of depressive illness scores with intake ratios shown in the Table, columns 4 and 6, respectively.

Significant associations for positive affect (psychology term for enjoyment, well being or positive interest) were observed for the entire sample, comparing the highest with the lowest tertiles of intake, for the consumption of total and n-3 LC-PUFAs, as well as higher ratios of n-3 LC-PUFAs:total n-6 PUFAs. In women, higher intakes of total n-3 PUFAs were associated with fewer somatic complaints.

The investigators also reported that only 48 and 59% of women and men, respectively, achieved adequate intakes of linoleic acid and that 49 and 43% of women and men, respectively, consumed adequate amounts of ALA. Dietary reference intakes for macronutrients were used for the determination of dietary adequacy. Sidestepping the questionable appropriateness of these 2002 recommendations, the lack of a specific reference intake for n-3 LC-PUFAs and questions about linoleic acid in the prevention of heart disease, these data show the striking inadequacy of these U.S. diets to meet current dietary guidelines. The study suggests that the current imbalance between n-3 and n-6 PUFA intakes might contribute to the widespread occurrence of depressive symptoms. The observed associations were strongest in women who also experience depressive illness more frequently. These findings support several other studies l 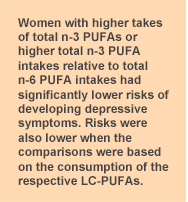 inking low n-3 LC-PUFA or fish intakes or high linoleic acid consumption with depressive illness. The investigators suggested the possibility of a sex-specific effect of PUFA intakes and depressive illness because the associations in men and women were so different. 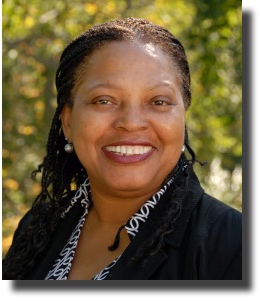 The study brings to the forefront not only the potential of more appropriate PUFA intakes to reduce the risk of depressive symptoms, especially in women, but also the encouraging possibility that higher intakes of n-3 and n-3 LC-PUFAs are linked to elevated mood. That’s something to smile about, indeed.