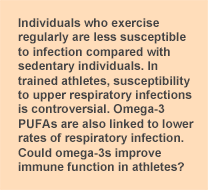 Thoughts of exercise usually suggest fitness, better health, recovery from injury or surgery, and superior athletic performance. Admittedly, for some the idea is unappealing; but seldom does exercise suggest a “clinical condition,” unless exercise has been specifically prescribed to improve one’s ill health or recover from injury or surgery. The health benefits of regular exercise in individuals of all ages and physical abilities have been well described for improved quality of life, mental health and cognition, cardiovascular and respiratory health, type 2 diabetes and impaired glucose tolerance, weight loss, bone health and other conditions. Physical fitness and its health benefits are best achieved through regular exercise. As described by the American College of Sports Medicine in a position statement, exercise means planned, structured and repetitive activity such as jogging, an aerobics class, swimming, bicycling or other activities aimed at improving or maintaining fitness. In contrast, physical activity includes everyday activities such as walking, gardening or climbing the stairs. Physical fitness is the ability to carry out daily tasks with vigor, ample energy and alertness, without undue fatigue, and has measurable attributes such as muscle strength and endurance. A useful guide for older adults wishing to improve their fitness through different types of exercise is available from the U.S. National Institute on Aging. One of the less well known benefits of regular moderate exercise is its effect on immune function. Most chronic diseases, including type 2 diabetes, heart disease and obesity, have underlying subclinical inflammation, which exacerbates their condition. Physically fit and active adults have reduced inflammation, lower oxidative stress and a lower susceptibility to respiratory tract infections compared with sedentary individuals. Moderate intensity exercise is also associated with a lower risk of respiratory viral infections. On the other hand, intense training depresses immune function in elite athletes and increases susceptibility to upper respiratory tract infections—at least in marathon runners—which may impair athletic performance. This conclusion has been challenged. In recognition of the effects of exercise on the immune system, the International Society of Exercise and Immunology published two consensus statements for athletes on immune function and exercise and maintaining immune health, acknowledging that exercise affects immune function, but the evidence for clinical effects remains inconclusive. The British Association of Sport and Exercise Sciences also released an expert statement on exercise, immunity and infection. It remains unclear if there are clinical implications or changes in host defense resulting from the altered immune responses in trained athletes.

Because immune function may be depressed by endurance training, it would be useful to know if exercise-induced impairments could be prevented and whether immune function could be enhanced or maintained with non-pharmacologic anti-inflammatory agents, such as long-chain omega-3 PUFAs (n-3 LC-PUFAs). These fatty acids were associated with improved pulmonary function, reduced inflammatory mediators and less frequent use of bronchodilator therapy in exercise-induced bronchoconstriction in asthmatic individuals and elite athletes. In endurance cyclists, consumption of 2.4 g/day of n-3 LC-PUFAs for 6 weeks before and during a 3-day period of cycling with time trials was not associated with changes in plasma cytokines and other immune markers or exercise performance before or after heavy exertion. Use of n-3 LC-PUFAs in athletes and untrained individuals has received little scientific scrutiny. 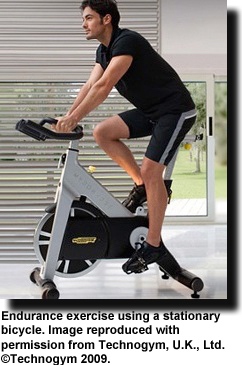 It is also of interest that natural killer cell activity is stimulated in allergic airway inflammation. These cells express receptors for resolvin E1, a potent mediator in resolving and ending inflammation in airway tissues. When natural killer cells were reduced, resolvin E1-mediated resolution of the inflammation was reduced. Resolvin E1 is derived from EPA and its production is increased in the presence of EPA. Unanswered in this short-term study is whether increased consumption of n-3 LC-PUFAs along with moderate exercise is associated with the incidence of upper respiratory tract infections or protection against viruses in trained and untrained athletes. Supplementation with n-3 LC-PUFAs has been associated with fewer upper respiratory tract infections in Indian school children, reduced antibiotic consumption in adults with cystic fibrosis, fewer episodes of illness, especially respiratory illness, in Thai school children and less respiratory illness in U.S. toddlers. As immune function appears to be improved with regular long-term exercise and with the consumption of n-3 LC-PUFAs, it remains to be established whether these fatty acids affect respiratory illness in athletes with more intense training.   Gray P, Gabriel B, Thies F, Gray SR. Fish oil supplementation augments post-exercise immune function in young males. Brain Behav Immun 2012;26:1265-1272. [PubMed]