Posted by pufa | December 13, 2012
Cardiovascular Health
Three recent papers have reported the results from observational studies on the incidence or risk of heart failure associated with fish consumption, dietary or tissue n-3 PUFAs. Each study was conducted in different populations (men, women or both) of varying mean ages. The findings were consistent in reporting a lower risk of heart failure with increased fish consumption, but relationships with dietary or circulating PUFAs were inconsistent. 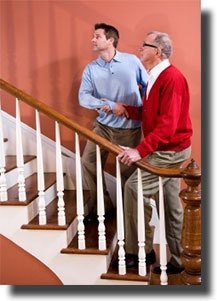 Heart failure is a major health problem in countries with high rates of cardiovascular disease and affects approximately 5.8 million people in the U.S. Approximately half of patients with heart failure die within the first 5 years. Because the heart cannot pump sufficient blood to meet the body’s needs, a person with heart failure experiences shortness of breath, fatigue and swelling in the ankles, feet or abdomen. New data from the Atherosclerosis Risk in Communities Study in the U.S. indicated that among 14,709 participants, 1 in 3 African American and 1 in 4 Caucasian participants were hospitalized with heart failure over a 17.6 year period. Risks for this disease are significantly increased in individuals with diabetes, coronary heart disease, elevated low-density lipoprotein levels, hypertension and obesity and in those who smoke. Several epidemiological studies have reported that the risk of developing or dying from heart failure is significantly lower among people who consume fish. A lower risk of heart failure with fish consumption, especially of baked or broiled fish, may be stronger in women than men. But the beneficial association between fish consumption and heart failure has not been observed in all studies, including older Dutch men and middle-aged and older Swedish men.

In these recent studies, investigators focused on associations between the risk of heart failure and dietary or blood alpha-linolenic acid (ALA) levels, as well as fish and linoleic acid consumption. Emily Levitan and colleagues at the University of Alabama, U.S., revisited data from the Swedish Mammography Cohort where they had previously reported a lower rate of first hospitalization for heart failure among women 48 to 83 years of age who ate 1 to 2 servings per week of fatty fish. In their latest report, the investigators examined the consumption of ALA and linoleic acids for their relationships to the risk of heart failure. Participants were followed for 9 years. They observed no significant associations between the intakes of ALA or linoleic and the incidence of hospitalization for heart failure or mortality from it. Associations for the independent effects of each fatty acid could not be determined because they were highly correlated. These findings support those reported from the Women’s Health Initiative Study.

The second study by Rozenn Lemaitre and colleagues at the University of Washington, U.S., examined dietary and fatty acid data from the Cardiovascular Health Study, a prospective cohort study of 5,201 adults 65 years of age and older recruited in 1989 to 1990 from 4 U.S. communities. Participants censored before 1992 to 1993 and those with prevalent congestive heart failure or ischemic heart disease were excluded. An additional 687 African American participants were recruited in 1992 to 1993. For the final analysis of dietary intakes there were 4,432 participants and 2,957 for the phospholipid fatty acid evaluation. Dietary intake data were obtained at two different times and after exclusions for the development of cardiovascular disease and weighting of the data by probability of not developing ischemic heart disease, ALA consumption was estimated using cumulative updating at the time of the second dietary assessment. More details are provided in the published article. The mean ALA intake was 2.2% of total fat. In risk analysis adjusted for demographic, cardiovascular and lifestyle factors, dietary ALA was not associated with incident congestive heart failure. Further adjustment for other risk factors, mainly medical and dietary, did not appreciably alter the results. Higher ALA consumption was associated with a significantly reduced risk of systolic, but not diastolic, heart failure; however, this analysis was not part of the original evaluation. Similarly, congestive heart failure incidence was not associated with plasma phospholipid ALA concentration in adjusted analysis and neither was systolic or diastolic heart failure. The investigators discussed the limitations of the dietary estimates of ALA intake and the relatively low correlation between dietary and phospholipid ALA. However, relatively little (~7%) dietary ALA reaches the plasma phospholipid pool. This study, like the one in Swedish women, observed no effect of dietary ALA on the risk of congestive heart failure.

The third report in this trio analyzed data from the Physicians’ Health Study in the U.S., a study initiated in 1982 and now completed. This was a randomized, placebo-controlled trial conducted in male physicians aged 40 to 84 years of age to determine the effectiveness of low-dose aspirin and β-carotene for the primary prevention of cardiovascular disease and cancer. The current report used a prospective nested case-control design to examine the relationships between marine n-3 LC-PUFAs (EPA, docosapentaenoic acid, DHA) and ALA in plasma phospholipids and the occurrence of heart failure. There were 1,576 participants available for the study of phospholipid fatty acids. In addition, the investigators examined dietary fish and n-3 PUFA intake data and their relationships to incident heart failure. For this part of the study, eligible participants were drawn from the total sample of participants (19,649), from which 19,508 provided data on dietary n-3 PUFA consumption and 18,968 on fish consumption.